The 51st edition of International Film Festival of India (IFFI) held its coveted award ceremony on the closing day of the festival held in Goa. 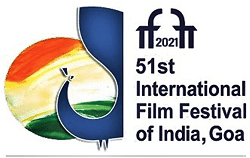