Maharashtra government has decided to extend the state’s forest cover to 33 % in next five years. Chief Minister Devendra Fadanvis expressed his willingness to achieve the target of planting 50 crore trees throughout the state during tree plantation program.

Union Minister of State for Power, Coal, New & Renewable Energy and Mines, Piyush Goyal has launched the ‘MERIT app (Merit Order Despatch of Electricity for Rejuvenation of Income and Transparency)’ and the e-bidding portal for offering an e-Bidding solution to States.

The Union Ministry of Power has announced that about 97% of the total outstanding debt of all state power distribution companies has been covered under the Ujwal DISCOM Assurance Yojana.

The United Forum of Bank Unions has decided to observe July 19, the 48th anniversary of nationalisation of major banks, as ‘Save public sector banks’ day.

The Energy Resources Institute (TERI) has been ranked as the second best climate think tank in the world.

The 10TH India-Jordan Trade and Economic Joint Committee (TEJC) Meeting was held in New Delhi. On this occasion, the two countries emphasized the need for diversification of bilateral trade and deepening their engagements for greater cooperation in investment sector.

According to the study published in the journal Environmental Research Letters, India and four other countries – China, Pakistan, Mexico and Iran — account for the most cropland in the world irrigated by dirty wastewater, putting millions of lives at serious health risks

In the latest instance of Indo-Russian cooperation in the area of innovation and information technology (IT), Kolkata-headquartered Srei Infrastructure Finance has signed an MoU with Russia’s Vnesheconombank to create a $200 million IT and Innovation Fund. 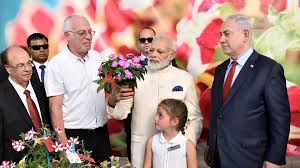 A new fast-growing Israeli flower has been named after Prime Minister Narendra Modi, in a special gesture to mark the first visit of an Indian premier to the Jewish nation. Israeli Chrysanthemum flower will now be called “MODI”.

The Central Board of Direct Taxes (CBDT) has exempted certain cash transactions from the purview of the Rs. 2-lakh restriction introduced in this year’s Budget as part of efforts to promote the digital economy. The Finance Act 2017 banned cash transaction of 2 lakh rupees or above with effect 1st of April this year.

Five categories of transactions have now been kept out of this restriction through an executive order from CBDT. These are: 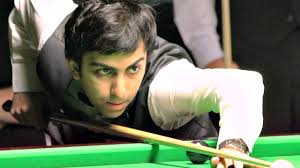