Daily Current Affairs 7 March 2019 for Banking/Insurance/SSC and other related exams.

The Cabinet Committee on Economic Affairs, CCEA has approved the investment approval for a 1320 megawatt Khurja Super Thermal Power Plant (STPP) in Bulandshahar of Uttar Pradesh. Eleven thousand eight nine crore rupees will be spent on the plant.

Home Minister Rajnath Singh inaugurated a training centre of the Central Reserve Police Force at Paladi Khinchiyan village in Jodhpur. He inaugurated it remotely from New Delhi. Spread over 175 acres, training can be provided to 1,600 security personnel at the centre every year.

Textiles Minister Smriti Irani inaugurated the refurbished Handloom Haat at Janpath in New Delhi. The main objective of the Haat is to provide infrastructure support to handloom agencies to augment their sales of handloom products and to showcase the exquisite variety of products produced all over the country.

96.5% of households in rural India have access to toilet: NARSS

The National Annual Rural Sanitation Survey, NARSS 2018-19 has found that 96.5 per cent of the households in rural India have access to a toilet. The survey was conducted by an Independent Verification Agency under the World Bank support project to the Swachh Bharat Mission (Grameen).

French Space Agency CNES signed an agreement with the Indian Space Research Organisation (ISRO) to set up a maritime surveillance centre in the country. The agreement was signed by CNES President Jean-Yves Le Gall and India’s space agency Chairman K. Sivan in Bengaluru.

India signed a loan agreement with the World Bank for 96 Million US dollars for additional financing of Uttarakhand Disaster Recovery Project. The World Bank has been supporting the State Government since 2014 to restore housing and rural connectivity and to build the resilience of communities.

Chennai Central Station to be renamed after MGR

Prime Minister Narendra Modi announced that the Chennai Central Railway Station will be renamed after former Tamil Nadu Chief Minister MG Ramachandran, popularly known as MGR. In Kancheepuram, the Prime Minister inaugurated a number of developmental projects in roadways, railways, and energy sector. These projects are meant to further strengthen the roadway and railway infrastructure in the state paving way for better, faster and cheaper transportation for people in Tamil Nadu.

HP Inc India has signed a pact with with Andhra Pradesh Innovation Society (APIS) and Andhra Pradesh Economic Development Board (APEDB) to build a Center of Excellence (CoE) that would 3D printing technology work. HP would bring in its global 3D printing expertise to support various training programmes at the CoE.

Google launched a free app called “Bolo” that parents can download to help primary grade children improve their Hindi and English reading skills. Launched in India first, the app is designed to work offline and comes with a built-in reading buddy, “Diya“, who encourages, aids, explains, and corrects the child, as they read aloud.

The Chhattisgarh government has set up a hi-tech ‘integrated command and control centre’ in Raipur for better traffic management and surveillance in the city. Chief Minister Bhupesh Baghel launched the ‘Daksha‘ project under which the centre has been built.

Janaushadhi Diwas being celebrated across the country

Daaji’s new book on how to design one’s destiny

Spiritual teacher Kamlesh Patel, popularly known as Daaji, addresses key issues related to destiny and how it shapes one’s life in his new book. In “Designing Destiny: The Heartfulness Way”, the author provides practical wisdom on how to use heartfulness practices to refine lifestyle and design destiny, including destiny in the afterlife.

The phenomenal growth of Reliance Jio, backed by its ultra-cheap data plans that has transformed the telecom scenario in India, has helped Reliance Industries Chairman Mukesh Ambani move six places up to rank 13th in US magazine Forbes’ “World’s Billionaire list 2019”. Others in the top-100 billionaires’ list include Wipro Chairman Azim Premji at rank 36th, followed by HCL co-founder Shiv Nadar at 82nd spot and ArcelorMittal chairman Lakshmi Mittal at 91st position.

Senior IAS officer Sanjeev Ranjan has been named secretary, Ministry of Road Transport and Highways (MoRTH), as part of a top-level bureaucratic reshuffle effected by the central government. Ranjan, a 1985-batch IAS officer of Tripura cadre, is at present the chairman of National Highways Authority of India.

The Ministry of Personnel has notified the appointment of Ajit Kumar Mohanty as Director of Bhabha Atomic Research Centre for the period of three years. Currently, he is the Director, Physics Group in BARC and Director, Saha Institute Institute of Nuclear Physics.

Kaja Kallas was appointed as first female Prime Minister of Estonia. She is leader of country’s Reform Party. Her appointment comes after her liberal Reform Party was declared victoriois in the elections against centre-left Prime Minister Juri Ratas’s party. 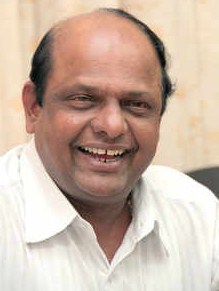 Former Union minister Venur Dhananjay Kumar battling multi-organ failure, passed away at a private hospital in Mangaluru. He was 68. Having started his career in the youth wing of BJP, Kumar became an MLA in 1983 from then Mangalore assembly constituency.

Matua community matriarch Binapani Devi, popularly known as ‘Boro Ma’ (elder mother), passed away after a prolonged illness. She was 100. Matuas are a religious refugee community from Bangladesh. Matuas are considered as a key political force behind Mamata Banarjee’s rise to power.