Daily Current Affairs 1 June 2018 for Banking/Insurance/SSC and other related exams.

The global celebrations of World Environment Day 2018, being hosted by India, kicked off on June 1, 2018 at Vigyan Bhawan in New Delhi. 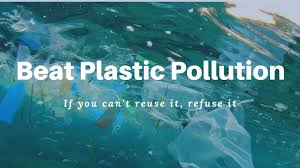 Union Minister for Women and Child Development Maneka Gandhi  laid the foundation stone of an Advanced DNA Forensic Laboratory “’Sakhi Suraksha” at the Central Forensic Science Laboratory campus in Chandigarh with the aim to reduce the backlog of cases needing advanced forensic analysis.

The National Sports University Ordinance, 2018 has come into force as the President of India has given his assent to the Union Cabinet’s decision to promulgate the said Ordinance.

The Centre has approved construction of 1.5 lakh houses for urban poor under the Pradhan Mantri Awas Yojana.

The United States has renamed its strategically important Pacific Command (PACOM) to the U.S. Indo-Pacific Command in a move to signal India’s importance to the US military.

India has signed the Mutual Recognition Agreement (MRA) in Nursing with Singapore. This is the first MRA being signed by India with any of our FTA partners.

The agreements were signed in the following fields:

Social networking giant Facebook has announced a partnership with National Commission for Women, under which it has launched a Digital Literacy Program for women.

Lt General Devraj Anbu has assumed charge as Vice Chief of the Army Staff (VCOAS). He succeeds Lt. Gen. Sarath Chand who completed his tenure on May 31, 2018

FIFA lifted a suspension imposed on Guatemala Football Association 18 months ago over its failure to comply with anti-corruption rules.