Daily Current Affairs 13 June 2018 for Banking/Insurance/SSC and other related exams.

Odisha Chief Minister Naveen Patnaik has announced a health assurance scheme named “Biju Swasthya Kalyan Yojana” that will benefit around 3.5 crore people from over 70 lakh families in the state.

The Union Cabinet has been apprised of the joint issue of a postage stamp between Department of Posts and Viet Nam Post on the theme “Ancient Architecture”.

The Union Cabinet chaired by Prime Minister Narendra Modi has approved reconstitution of North Eastern Council (NEC) to bring the Council under the direct control of the Home Ministry.

The government has added 10 more Swachh Iconic Places (SIP) under phase III of its flagship programme, Swachh Bharat Mission taking the total places under the project to 30.

The Union Cabinet has approved the proposal for introduction of Dam Safety Bill, 2018 in the Parliament.

The Union Cabinet has approved a proposal to withdraw the Nalanda University (Amendment) Bill, 2013 pending in the Rajya Sabha.

The Central government has  given nod to raise two women battalions in the Jammu and Kashmir Police to enhance the representation of women in the State Police.

The Union Cabinet has approved an Agreement between India and Peru for bilateral cooperation between the two countries on new and renewable issues.

The Cabinet Committee on Economic Affairs has approved continuation of the Three Year Action Plan (2017-2020) of the scheme for Agricultural Education Division and ICAR Institutes to strengthen and develop higher agricultural education in the country.

The Union Cabinet has approved a proposal for leasing out 3.7 acres of land at Pragati Maidan to a private player for construction of a hotel. IECC project was approved by the CCEA in January 2017 at an estimated cost of Rs. 2254 crore. IECC project envisages construction of a world class state-of-the-art Exhibition-cum-Convention Centre with a seating capacity for 7,000 persons, exhibition, space of over 1,00,000sq.mtr. and a basement parking for 4,800 vehicles.

The Union Cabinet has extended the tenure of the Commission constituted to examine sub-categorization within Other Backward Classes (OBCs) in the Central list.

Cabinet approves MoU between the ICMR and INSERM, France

The Cabinet has been apprised of a Memorandum of Understanding (MoU) which was signed in March, 2018 between the Indian Council of Medical Research (ICMR) and the Institut National de la Santeet de la RechercheMedicale (INSERM), France for cooperation in areas of medical, life sciences and health research fields.

The government has approved a 33 percent increase in carpet area of houses eligible for interest subsidy under its affordable housing scheme Pradhan Mantri Awas Yojana (Urban) to attract more beneficiaries.

NITI Aayog has come up with the Composite Water Management Index to overcome limitations on availability of water resources and the rising demand for water.

The Maharashtra government and Canada’s Quebec province have signed a pact to increase the economic cooperation, specially in areas of information technology, biotechnology, artificial intelligence and welfare of the tribal community.

Kerala State Literacy Mission Authority (KSLMA) has initiated a ‘water literacy’ campaign with the involvement of 70,000 students aiming to create awareness about the importance of water conservation in the State.

Private sector lender YES Bank has re-appointed Rana Kapoor as MD & CEO of the bank for a period of three years. The decision was taken at the 14th annual general geeting of the shareholders of the bank. 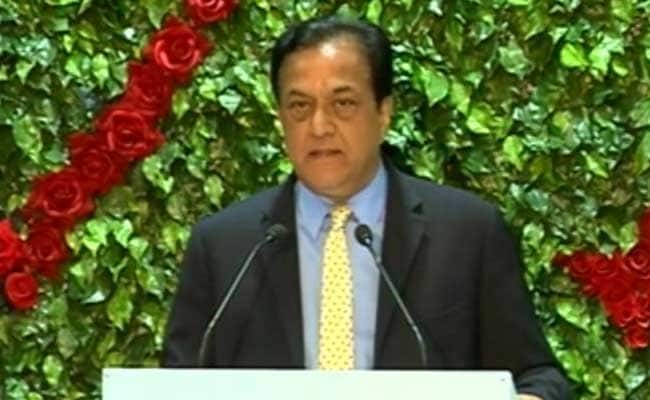 Noted social reformer and founder of Sulabh International, Bindeshwar Pathak, has been honoured with Japan’s prestigious ‘Nikkei Asia Prize for Culture and Community’ for his significant work in tackling poor hygiene and discrimination.

The 21st edition of the FIFA World Cup will be held in Russia from June 14 to July 15.

Hosts Russia will take on Saudi Arabia in the opening match on June 14. Russia and Saudi Arabia are placed in Group-A. The game will take place in the Luzhniki Stadium in Moscow.