Daily Current Affairs 25 June 2018 for Banking/Insurance/SSC and other related exams.

Saudi Aramco and the Abu Dhabi National Oil Company (ADNOC) have signed a Memorandum of Understanding (MoU) to jointly develop and build an integrated refinery and petrochemicals complex at Ratnagiri in Maharashtra.

The Ministry of Health and Family Welfare has  signed an MoU with the Indira Gandhi National Open University (IGNOU) to scale up the short term skill based courses especially designed for the health sector and provide more than 14 lakh trained manpower by 2025.

Prime Minister Narendra Modi has approved a proposal to set up a committee to lay down standards for metro rail systems in the country.

The Ministry of Women and Child Development (MWCD) has unveiled a report titled ‘Women in Prisons’.

The United Arab of Emirates (UAE) has announced to host a two-day “World Tolerance Summit” in November 2018 that will coincide with the International Day of Tolerance (Nov 16).

The Government of Pakistan is set to launch its indigenously developed observatory satellite, PakTES-1A, in July 2018.

After 15 years in office, Turkey’s President Recep Tayyip Erdogan is set to return to power once again for another 5 years following his outright election victory in the recently concluded polls.

Indian Archer Deepika Kumari won her first individual gold medal in six years at stage three of the Archery World Cup in Salt Lake city of US following a 7-3 win over Germany’s Michelle Kroppen in the recurve event final.

The Mercedes driver Lewis Hamilton reclaimed the world championship lead with a victory in the French Grand Prix.

A prolific and award-winning poet and writer Donald Hall at the age of 89. 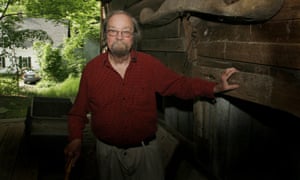