Daily Current Affairs 29 May 2018 for Banking/Insurance/SSC and other related exams. 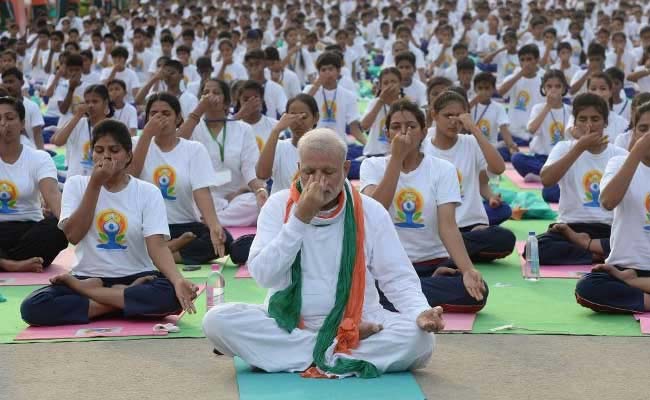 The Mass Yoga Demonstration (Main Event) of 4th International Yoga Day celebrations (IDY-2018) will be held on 21st June 2018 at Dehradun in Uttrakhand as announced by ShriVaidya Rajesh Kotecha,  Secretary, Ministry of AYUSH.

Himachal Pradesh Chief Minister, Jai Ram Thakur, launched a state wide week long ‘Polythene Hatao, Paryavaran Bachao’ campaign on May 27, ahead of the World Environment Day, of which India is the global host.

The Central Government has approved setting up of an exclusive “Brahmaputra Study Centre” at Gauhati University, Guwahati to offer an opportunity for research in different aspects of river Brahmaputra.

An App namely PRAAPTI (Payment Ratification And Analysis in Power procurement for bringing Transparency in Invoicing of generators), and a web portal, www.praapti.in, has been officially launched by Minister of State (I/C) for Power, Shri R.K. Singh.

PRAAPTI App and web portal has been developed to bring transparency in power purchase transactions between Generators and Discoms. In the massive door-to-door initiative Shah would personally meet at least 50 eminent personalities to enlighten them about the BJP-led National Democratic Alliance government’s achievements.

The Gujarat government has unveiled its ‘Reuse of Treated Waste Water Policy’ to reduce the state’s dependence on fresh water sources like the Narmada river.

In a move to warn the general public about the extreme weather condition, the India Meteorological Department (IMD) is teaming up with state-run Bharat Sanchar Nigam Limited (BSNL).

India has signed a $21.7 million loan agreement with the World Bank for strengthening public financial management in Rajasthan.

Kummanam Rajasekharan has been sworn in as the Governor of Mizoram at the Raj Bhavan in Aizwal on May 29.

Indian warships are all ready to begin its journey towards the Western Pacific to join the 2018 MALABAR exercise which will be held jointly with the US and Japanese navies off the US island territory Guam in Micronesia, Pacific Ocean.

India skipper Virat Kohli has emerged as the International Cricketer of the Year 2018 at the CEAT Cricket Ratings awards presented in Mumbai on May 28.

The National Institute of Oceanography (NIO), Goa will train oceanographers from Bangladesh for joint exploration of the Bay of Bengal by marine scientists from both countries.

International Day of UN Peacekeepers: 29 May

The “International Day of United Nations Peacekeepers“, May 29, was designated by UN General Assembly Resolution 57/129 of December 11, 2002.

Nepal observed its 11th Republic Day on May 29, 2018 at Army Pavilion in Kathmandu.