Daily Current Affairs 7 June 2018 for Banking/Insurance/SSC and other related exams.

India has been ranked 137th rank among 163 countries on the 2018 Global Peace Index by Australia-based Institute for Economics and Peace.

The Union Cabinet has approved the revised guidelines of the Department of Public Enterprises on time bound closure of sick and loss making Central Public Sector Enterprises (CPSEs) and disposal of movable and immovable assets.

The state government of Andhra Pradesh and Singapore has signed several pacts for the development of a start-up area (1,691 acres) in the new capital, Amaravati, to transform it into a world-class city.

Ministry of Health and Family Welfare has signed a Memorandum of Understanding (MoU) with the Norwegian Ministry of Foreign Affairs to extend the cooperation within health sector through the Norway India Partnership Initiative (NIPI) for a period of three years starting from 2018 to 2020.

The General Insurance Corp of India (GIC) will assist Myanmar authorities in amending laws related to insurance and reinsurance and in expanding insurance services in the country.

India has registered a significant decline of 22 percent in Maternal Mortality Ratio (MMR) since 2013, according to the recently released Sample Registration System (SRS) 2016.

President Ram Nath Kovind has announced to recognise the “Queen” a variety of Pineapple as Tripura’s state fruit.

Saudi Arabia and the United Arab Emirates (UAE) has announced a new alliance of joint economic, development and military strategy through 44 projects to further push strong ties between the two countries.

The Reserve Bank of India (RBI) has announced to allow voluntary transition of Urban Cooperative Banks (UCBs) into Small Finance Banks (SFBs) given that they meet the prescribed criteria.

Foreign Direct Investment to India decreased to $40 billion in 2017 from $44 billion in 2016 according to a new trade report by the UN.

In a boost to affordable housing under the Pradhan Mantri Awas Yojana (PMAY), the Reserve Bank of India has raised the housing loan limits under priority sector lending (PSL) for economically weaker sections and lower income groups.

The Reserve Bank of India (RBI) has decided to set up a Public Credit Registry (PCR), containing information on all borrowers to ensure financial stability and check loan default.

The Expenditure Finance Committee (EFC) under the Chairpersonship of Secretary, Department of Expenditure has approved the proposal of Ministry of Water Resources, River Development and Ganga Rejuvenation for revised cost estimate of World Bank funded Dam Rehabilitation & Improvement Project (DRIP).

President Ram Nath Kovind has given West Bengal Governor Keshari Nath Tripathi additional charge of Tripura Governor, during the absence of Tathagata Roy who is on leave.

Team India captain Virat Kohli will be presented with the prestigious Polly Umrigar Award for the Best International Cricketer (2016-17 and 2017-18) at the BCCI Awards to be held in Bengaluru on June 12th, 2018. 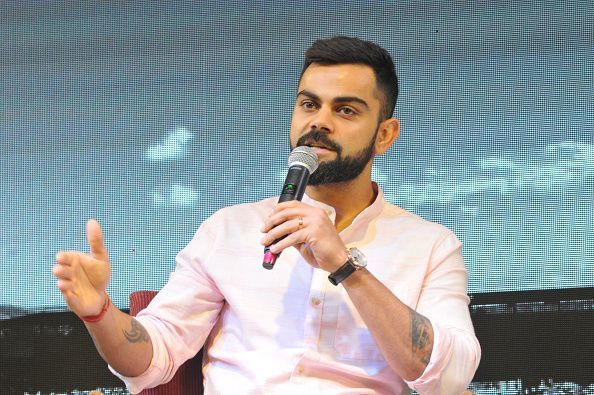