Daily Current Affairs 8 August 2020 for Banking/Insurance/SSC and other related exams.

India to participate in Kavkaz 2020 exercise in Russia

In a resumption of bilateral and multilateral military exercises which were deferred due to coronavirus (COVID-19), India will take part in the Russian Kavkaz 2020 strategic command-post exercise next month. The invitees for the exercise also include China and Pakistan apart from other member-states of the Shanghai Cooperation Organisation (SCO).

Union Housing and Urban Affairs Ministry approved the construction of around 10.28 lakh houses under the Pradhan Mantri Awas Yojana (Urban), taking the total number of houses sanctioned so far under the scheme to 1.06 crore.

The railways began its Kisan Rail services to transport perishable goods from August 7, 2020. The train was flagged off via video conferencing by Union Minister of Agriculture Minister Narendra Singh Tomar and Railway Minister Piyush Goyal. This is the first such train, carrying vegetables and fruits, that would run from Maharashtra’s Devlali to Bihar’s Danapur.

Piyush Goyal-led Indian Railways has rolled out an application called “OHE Inspection”. With the help of this app, the national transporter will quickly find out the problem and it will get it fixed as soon as possible. According to the Railway Ministry, the OHE Inspection app will allow capturing real time OHE (Overhead Equipment) defects as well as send alerts. The app has been rolled out on a Pan India basis.

Chief Minister of Punjab Captain Amarinder Singh launched a collaborative ‘Pride of Punjab’ programme as a partnership between the Department of Youth Services and Sports and YuWaah – a joint initiative of UNICEF, other UN agencies, civil society organisations and the private sector through video conference.

Aimed at enabling the best opportunities for Punjab’s young people, the project will work with the youth to help them realise their aspirations, become change leaders in their communities, and support other young people in their journeys.

The Delhi international airport has developed an online portal ‘Air Suvidha’ that will allow international arriving passengers to fill a mandatory self-declaration form and eligible passengers to apply for exemption from compulsory institutional quarantine for coronavirus.

Google to deploy free learning tools for schools in Maharashtra

Maharashtra has become the first Indian state to collaborate with Google India in the state-wide deployment of its Google for Education technology.

In a First for Country, UNESCO Recognises Two Odisha Villages as ‘Tsunami Ready’

In a first, two coastal villages of Odisha have been recognised as being “Tsunami Ready” by UNESCO for their overall preparedness to face the calamity.

National Highways Authority of India (NHAI) and Indian Institute of Technology (IIT) Delhi have signed a Memorandum of Understanding (MoU) to set up a Centre of Excellence (CoE) on Advance Data Management System for Highways in IIT Delhi.

Sri Lanka’s strongman Mahinda Rajapaksa staged a political comeback as his party registered a landslide victory in the twice-postponed general elections, according to the final results released by the elections commission.

Export-Import Bank of India (Exim Bank) has extended a USD 250-million (about Rs 1,870 crore) line of credit (LOC) to Mozambique for improving power supply quality in the country.

Fantasy sports gaming platform WTF Sports-India and Global, has been officially launched on 6 August 2020. The WTF Sports has appointed famed Indian cricketers, Harmanpreet Kaur, the captain of the Indian squad at the ICC Women’s T20 World Cup in 2020 and Suresh Raina, the IPL superstar as global brand ambassadors.

Former lieutenant governor of Jammu and Kashmir G C Murmu will be the next Comptroller & Auditor General of India.

Educationist Pradeep Kumar Joshi has been appointed as the chairman of the Union Public Service Commission (UPSC), which conducts the civil services examination to select the country’s bureaucrats and diplomats.

Odisha cadre IPS officer, P S Ranipse has been appointed as Inspector General (IG), in Central Reserve Police Force (CRPF). He will hold the post on Central deputation for a period of five years from the date of joining.

The Indian Express Special Correspondent Dipankar Ghose has won the Prem Bhatia Award for political reporting for his work on issues related to the Covid-19 pandemic, including the migrant labour crisis. 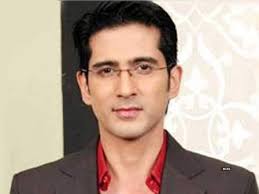 Mukund Lath, prominent cultural historian and exponent of Mewati gharana, passes away at 82

Mukund Lath, prominent cultural historian, scholar, and an exponent of the Mewati gharana has passed away at the age of 82.

Author and activist Sadia Dehlvi passes away at 63

Noted Delhi-based writer and activist Sadia Dehlvi has passed away after a prolonged battle with cancer. She was 63. Sadia was admitted to a city hospital recently where she was undergoing treatment.

Shirley Ann Grau, a Pulitzer Prize-winning fiction writer whose stories and novels told of both the dark secrets and the beauty of the Deep South, has passed away. She was 91.

Shiv Panikker, a seasoned Producer, Director, Screenwriter from the Bollywood industry recently launched his first ever graphic novel, ‘Gone Case’, a horror/mystery comic book that Indian audiences would be able to relate to.